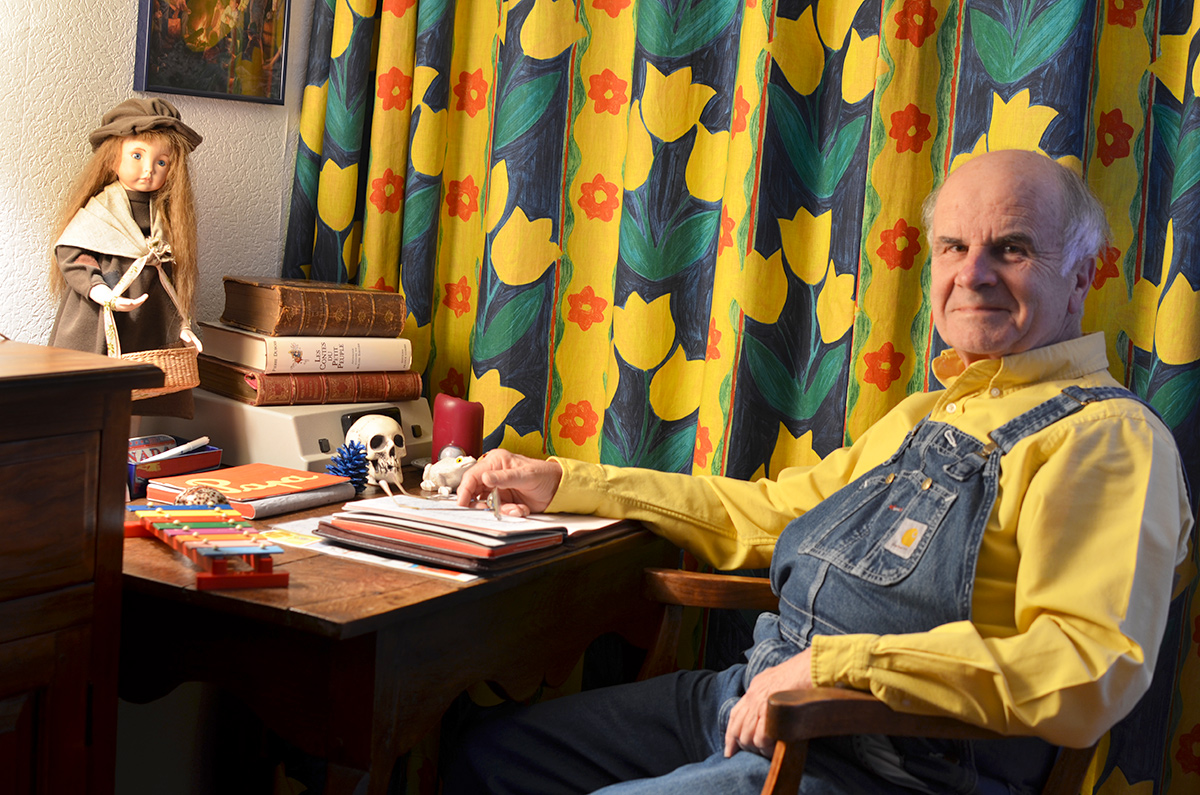 I was born a long time ago on a 15th of December. It was around noon but I can't remember whether it was snowing.

I spent my childhood with a frienly sculptor and then under the African sun.

I chose the wonderful job of being a medical doctor and I practiced for over 20 years.

At the age of 8 I was already telling invented stories to my cousin.

Then I surprised my scout friends with my tales during evenings.

When I turned 11, I met a young girl at a holiday camp in Switzerland, she was two years younger than me. We were best friends. Can you guess ? She was called Isabelle.

By the year 2000, I became a professional storyteller - creator

Through my creations, I suprise, fascinate and lead my audience to the very heart of childhood, which I never left.

Stories to shudder or to dream, fantastic or magical tales, adventure or sentimental short stories, when I tell it seems that wonder sparkles to the eyes of all.

Storyteller at festivals or major events, experienced in youth movements, I regularly go to schools where I never neglect didactic sides.

Listening to my stories is always a joy to children as well as their seniors, to teenagers or grown-ups.

Four of my short stories have been published to this day :